Most of us have probably been there. You had some lousy job that you were barely able to talk yourself into showing up for every day and you really didn’t care if you got fired. You may have actually been wishing for it! In those cases, getting fired isn’t such a bad thing, but there are also those times where getting fired really sucks. Sometimes it’s because you messed up and at other times it might simply be due to a bad economy or a business that failed for any number of reasons.

In general, employment laws regard most jobs as “at-will” positions. In other words, that means an employer can fire people anytime they want and for any reason. It’s easy to feel victimized when you are fired, especially if you don’t believe you did anything wrong. Thanks to those “at-will” regulations, there usually won’t be much you can do about it, but in some cases, it is the employer who did the wrong thing by firing you for a reason that is not permitted under the law. Here are seven signs you can look for that could mean that your employer did not have the legal right to fire you. 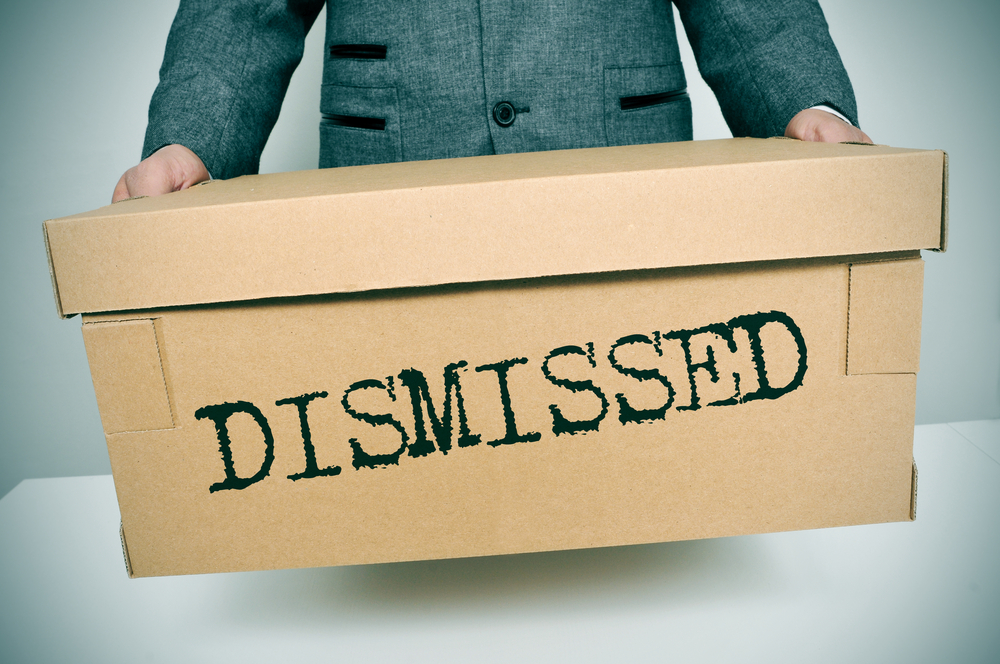 Sometimes an employer might use dishonest and deceptive tactics when firing an employee. This could involve lies being told in order to persuade an employee to sign off on their own termination documents or otherwise tricking an employee into resigning. It is often difficult to prove an employer intentionally deceived a fired employee but it can pay off handsomely if it is successfully proven as part of a wrongful termination lawsuit.

While the law goes out of its way in many instances to protect employers, there are employment laws in place that protect employees as well and they are usually taken very seriously. There are a number of reasons that employers are not allowed to use when terminating an employee and employers that violate those laws are exposing themselves to significant risk. Among the most common prohibited reasons for firing an employee include missing work to serve in the military and taking time off for jury duty. An employee also cannot be fired for refusing to do something illegal or for reporting the illegal acts of an employer.

3. The Employer Violated A Contract

Defamation occurs when someone makes statements or spreads rumors about you that are not true. That’s the key were defamation is concerned. If someone is saying things about you that are factual, that cannot be considered defamation. Cases, where an employer fires someone and spreads lies about them, can seriously damage someone’s reputation and make it much more difficult for them to find another job. Those are textbook cases where a defamation lawsuit is strongly indicated and employees have an excellent chance of winning if it can be shown that the employer knowingly made false statements about the employee.

As most people know, there are a variety of laws that prohibit discrimination by employers during the hiring process. There are also laws in place that make it illegal to use discrimination as a reason for firing an employee. It is unlawful to terminate an employee because of their race, age, gender, sexual orientation, national origin or disability. It is also illegal in most places to fire someone because they are pregnant or serving in the military. The biggest obstacle to overcome in these cases is proving that discrimination was actually involved in the decision to terminate an employee and that it was not for other business-related reasons.

Most of us have, at one time or another, felt the urge to get revenge on someone for something they did to hurt us. The same can be true for employers, but the law restricts them from seeking revenge against employees by firing them under certain circumstances. For example, you cannot be fired for making a formal report about a health or safety concern on the job. The Federal Occupational Safety and Health Act protects employees in those instances. Similarly, you cannot be fired for filing a harassment claim against an employer or for contacting the Equal Opportunity Employment Commission with an inquiry or complaint.

It’s likely there are millions of employees across the world at any given moment who feel as though they are being treated unfairly. Although some of them may be quite justified for feeling that way, the law protects employees only in specific instances of unfair treatment. These cases may involve efforts on employer’s part to benefit itself by firing someone to avoid paying them a sales commission. It’s also an unfair practice for an employer to fire someone in order to hire someone else that will be paid less.