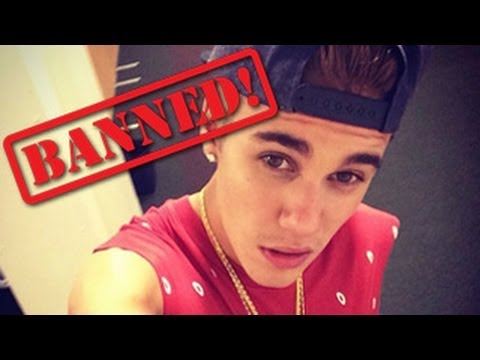 Chinese fans are devastated. Justin Bieber is now banned from entering China for his ‘Purpose‘ world tour due to ‘bad behaviors’ in the past.

There are dates set for Japan, Singapore, Philippines and even Hong Kong, but none for China.

On Friday, the Culture Bureau of Beijing posted an announcement on their website stating: “As far as we are concerned, he has engaged in a series of bad behaviors, both in his social life and during a previous performance in China, which caused discontent among the public.”

The Beijing Culture Bureau didn’t elaborate on the ‘bad behaviors,’ but in the past, Bieber has been arrested for driving under influence, as well as drag racing and smoking marijuana.

During a past visit to China, he was also seen being carried up the Great Wall of China by his bodyguards. Photos surfaced online which caused a great stir of controversy on social media.

Regardless, this wasn’t the first time China had decided to ban a celebrity from entering. Bob Dylan, Bjork, Maroon 5, Oasis, Bob Dylan and Jay-Z were all banned from entering as well.