One scientific study, carried out by researchers in the UK and published in November of 2016, has revealed an interesting finding: that Android users are more honest than iPhone users. “In this study, we demonstrate for the first time that an individual’s choice of smartphone operating system can provide useful clues when it comes to predicting their personality and other individual characteristics,” said Dr. David Ellis, a doctor from Lancaster who is one of the lead authors of the study. 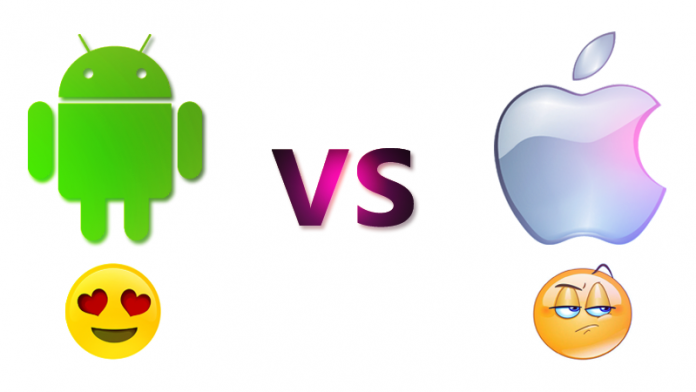 The researchers, from the Universities of Lincoln,  Hertfordshire, and Lancaster, derived their data by examining the differences between users of different phone models from a number of psychological and personality-related factors. More specifically, they looked at differences in personality of users with regard to honesty-humility, extroversion, conscientiousness, agreeableness, emotionality, and openness. They also looked at whether or not their test subjects saw their phone as being a symbol of their status, or whether they wanted to be unique and different from everyone else. To carry out their findings, there were two studies. In the first, 24o users from both groups were asked to describe stereotypes associated with owners of both Androids and iPhones. In the second study, which involved 350 participants, the users were tested out against the stereotypes mentioned by the members of the first group.

The first study revealed some interesting findings. It is more likely, they found, for iPhone users to be young and female. In addition, they are more worried about perceptions of their smartphones as being status symbols than are their male counterparts. Thus, it seems logical that iPhone users are more anxious about the way they appear—and, therefore, more willing to pay more money as a means of appeasing their insecurities. With regard to honesty and humility, iPhone users seemed to display lower amounts of these traits. They also score higher in terms of emotionality. iPhone users are also more likely to be more extroverted.

In contrast to the first study, the second study was not so conclusive; indeed, it showed only that Android users scored higher in terms of honesty and humility. The existence of the personality stereotypes in the users of both phones was not substantiated; thus, such stereotypes might be grounded in negative emotions like jealousy, rather than being based on what the participants actually see when they look to users of other phones.

Several reasons explain this interesting phenomenon, as per the authors of this paper, which is titled Predicting smartphone operating system from personality and individual differences. For one thing, Dr. D Ellis explains that people who rank lower for honesty and humility (in this case, the iPhone users) come off as more materialistic than others. They appear to focus more on personal gain. Also interesting to note is the fact that the researchers designed a program that used its research to determine which smartphone a given person would choose, depending on their personality traits. Yet more interestingly, the program yielded correct results 70% of the time—implying that, perhaps, in truth, there is quite a lot of truth to these findings.

It must also be noted that—while Android and iOS do dominate the market—there are countless other mobile OSs out there, and their correlation with different personality traits are as yet unknown. As time passes, it will be fascinating to study the correlation of personality types and character types with different models of cell phones; this is clearly a growing field and will continue to develop in the future. After all, cell phones—and especially smartphones—dominate almost everywhere on Earth. In fact, research from Pew released in early 2017 reveals that some 77% of Americans owned a cell phone. This statistic is particularly interesting when considering that some 20% of people living in the United States is 14 years or younger.

When all’s said and done, a few studies are not conclusive, and you would do well to refrain from judging other people based on their choice of cell phone. That being said, however, you ought to take some of these thoughts into consideration the next time you buy a cell phone. Maybe you’re a little too focused on having personal gain, to the detriment of others; maybe you’re more introverted than you’d like to be. Because who knew: it turns out your choice of phone can say a lot about you!