Samsung launched their newest flagship device, Samsung Galaxy S8, in April 2017 and users of its predecessor the Galaxy S7 are feeling like they are being left out and feeling the need to ditch their perfectly functioning S7 for the new kid on the block(.

While the newest Galaxy family member is pretty impressive, the Galaxy S7 is still quite an amazing smartphone device and is by no means a fossil.

Here, we make a comparison of both devices to help you make a decision on whether you should stick with your S7 or move on to the new S8 flagship. 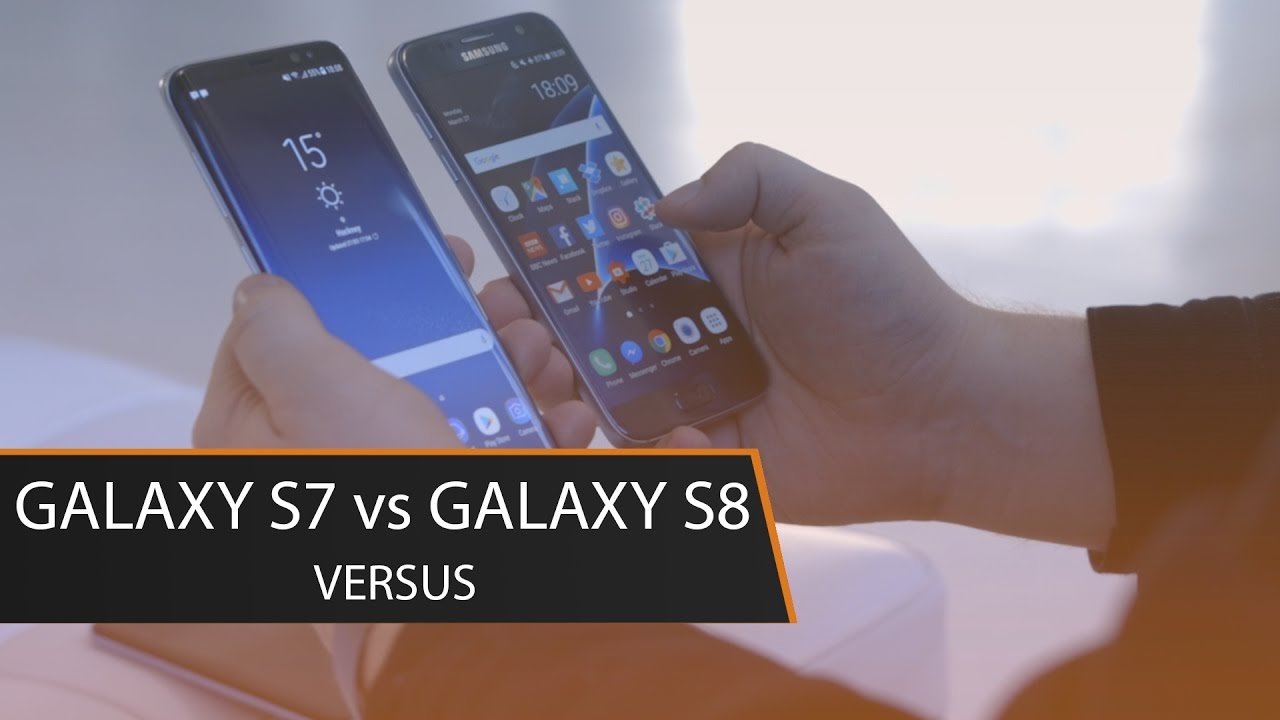 The hardware design on the Galaxy S8 while being an upgrade on that of the S7 is not really as mind-blowing revolutionary as Samsung would have you believe.

The Galaxy S8 variant comes in identical designs while with the S7 variant, the smaller S7 comes with a “flat and standard” model while the S7 edge came featuring a much more futuristic look with its curved design.

While the S7 comes with a pretty wide display for its body size, the S8 takes “wide display” to another level by featuring a thinner bezel, giving users extra display for not much extra size.

The S8 is taller than the S7 but still, retains identical width and the S8 also comes featuring on-screen navigation bar in place of the capacitive keys featured on the Galaxy S7.

When it comes to display, the S8 is definitely a step up to its Galaxy S7 predecessor.

The Galaxy S8, however, beats the S7 in terms of a faster and much more efficient processor, a larger 64GB internal storage, as well as a forward-looking USB-C port.

The Samsung Galaxy S7 has kept up with software trends with the devices receiving Android Nougat upgrades and as such it offers similar looks and feel to the new Galaxy S8 smartphone, thanks to the latest Galaxy S7 update.

The S8 comes with a new launcher layout as well as fresh icons. However, the main interface on the S8 is no different from that of the S7. There also remains a chance that the Galaxy S7 would be receiving similar new launcher layout and fresher icons with the next major update, so this is really not much to fuss about.

The Samsung S8 is, however, a step ahead when it comes to some new software/hardware features which cannot possibly come to the S7. These features include the iris scanning as well as facial recognition features on the S8.

Samsung has also rolled out their very own virtual assistant i.e. Bixby which is an on-device voice assistant interface. Bixby while being featured on the S8 as a software navigation helper for the S8 is also expected to eventually get to other Samsung devices via software updates.

Bixby on the Samsung Galaxy S8 comes with a dedicated hardware button, a feature that the Galaxy S7 will definitely not be having.

Samsung DeX is another feature that sets the Galaxy S8 apart from its predecessor.

DeX is the Samsung Galaxy S8’s very own pseudo-desktop interface that affords users of the smartphone a larger screen experience.

The DeX is a miniature pluggable gadget (about the same size of a wireless charger) that users can plug into the S8 via the device’s USB-C port. It is hard seeing Samsung bring the DeX feature to the S7 since that would involve them creating a bespoke DeX version for the Galaxy S7 as well as porting back all of that advanced software.

Techies are known to have an insatiable lust for the newest smartphone devices as they want to stay up to date with the latest technologies. However, while the S8 offers a slightly better performance, better display, camera, internal storage and the new technologies i.e. Bixby and DeX, the device essentially features similar hardware features and specifications to the Galaxy S7.

Software wise, the very subtle interface changes in the S8 should not mean you should be discarding you’re perfectly working S7 for the S8. Even the new futuristic prospects of the Samsung virtual assistant and the DeX feature are not quite important enough to warrant upgrading devices.

The only real changes you would get from switching from the Galaxy S7 to the brand new S8 are essentially only in size and design (if you are using the S7 edge, even less so).

However, if you remain bullish about getting a larger device with a bigger display as well as the new Bixby and DeX features, then, by all means, go for the Galaxy S8.