So, the PlayStation 5 is here and you no doubt want to know which games are worth playing. We have carefully studied each game’s critical reception, and based on critical consensus, here we rank every PlayStation 5 launch game from worst to best. 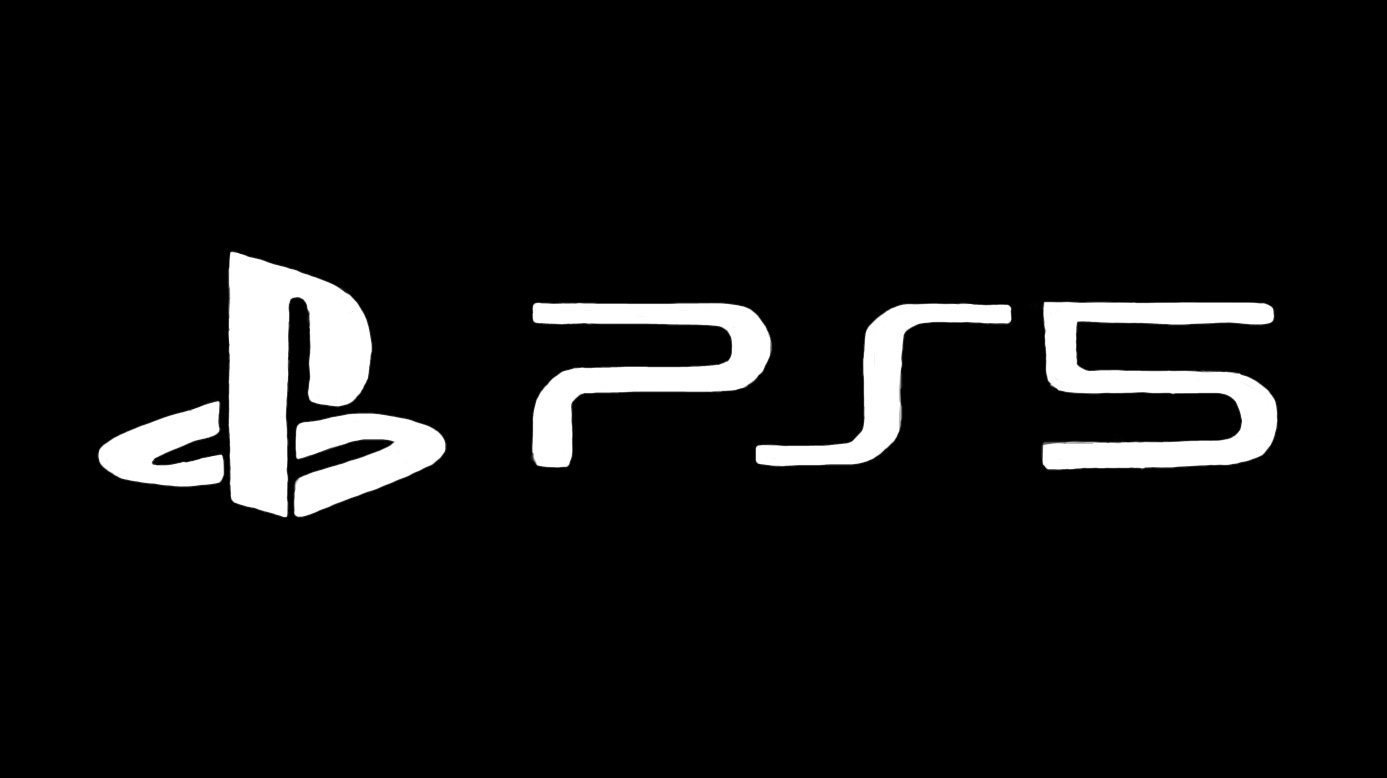 We’re counting all of the games released on disc. We won’t be counting digital-only games unless they are properly enhanced versions of PS4 games that were previously available on disc.

Did you know Godfall was the very first game confirmed for the PS5? The game is published by Gearbox, but it was developed by Counterplay Games, which is a name that is not quite as familiar. The team includes developers who worked on Bioshock Infinite, Horizon: Zero Dawn, and Overwatch, however, so there is a lot of talent behind Godfall. Does it live up to the promise of that talent? No. Absolutely not. Sorry to burst your bubble but no. Critics slogged through its repetitive campaign and came out the other end begrudgingly pleased with its presentation and little else. They complained of technical issues, repetitiveness, and dull environments. One outlet called its story “hilariously paper-thin.” There may be fun to be had here, but there’s a lot more of it elsewhere.

What you see if you eat a brick of expired fudge, Bugsnax is a first-person adventure game starring critters that would be utterly terrifying if they weren’t so adorable

The purpose of the game is not to snuggle up with them and scratch them behind the ears while they wag their tails like good boys – a huge missed opportunity, frankly – but rather to capture and document all of the different types. So it’s cute and adorable and probably extremely tasty, but is it any good? Critics can’t quite agree on that. It’s been uniformly lauded for its premise and its charm, but a few of them consider its gameplay to be shallow and unappealing. Others, of course, think it’s a grand old time, referring to it as both engrossing and unforgettable. Your personal feelings on the game may well come down to your particular tolerance for whimsy. If you like what you see, though, give it a shot.

A Big Adventure sends the unfortunately named Sackboy on a big adventure. Not sure where they got the title, but I suppose it’s none of my business anyway. This time around, the game is built around 3D platforming as opposed to the 2-ish-D games in the Little Big Planet series

It also introduces a four-player co-op, which means you and three friends can be overcome by the game’s adorable charm at the exact same time. Is it any good, though? Well, the answer is yes, even if it doesn’t go very far beyond that. Critics have referred to the game as lacking in imagination, which is a real kick in the pants for anyone picking it up due to their fondness for Little Big Planet

On the whole, it’s being received as a competent and enjoyable platformer, and that’s by no means a bad thing. But we can’t blame anyone who had higher hopes than that.

The Pathless is the latest release from Annapurna Interactive, which means if you don’t like the game, your friends will spend the rest of their lives assuring you that you just didn’t get it. You take control of the Hunter, stuck on a cursed island. So wherever they held the Fyre Festival, I guess. You explore the area with your eagle friend, shooting things with your bow, solving environmental puzzles, and restoring light to obelisks, as you do. The team behind Abzû developed it, and like that game, The Pathless emphasizes the value of finding your own way forward

In other words, not providing a path. Leaving players…ah, I can’t think of the word. Critics took issue with the fact that a number of the game’s puzzles grind the experience to a halt, but aside from that, they were quite taken, singling out the bosses and the atmosphere for particular praise.

A spinoff from the PS4 game we used to deafen fans in 2018, Astro’s Playroom is built into your PS5, so, really, it’s not a question of whether or not you should pick it up. You own it and Sony will stalk you like the ghost from It Follows until you agree to play it. Astro’s Playroom follows the sleek little robot last seen in Astro Bot Rescue Mission as he…well, as he climbs around inside of your PS5. I bet you thought it was just wires and circuits and other junk in there, but it’s really a wonderland of control gimmicks! It’s a great way of getting used to DualSense controller, featuring loads of PlayStation-specific references and levels – a ps I love you letter if you will – but does it have staying power? It’s essentially a free tech demo for a system you’ve already purchased after all

It’s fun and it’s impressive, but we’re not sure how many people will be bothering with it even a week from now.

Building an entire game around one of the characters everybody hated playing as in Marvel’s Spider-Man might sound like a bad idea on paper. Still, now Miles actually has…you know…abilities, and he can do more than walk slowly and restart from checkpoints. It was certainly one of our most anticipated games of the new generation. Fitting since we’re called Ben and Peter… Anyway, as you may have expected, Miles Morales doesn’t quite measure up to its predecessor, but beyond that, it’s an excellent game, with even the least-impressed critics promising that it’s worth playing and that it manages to stand on its own merits. The Ultimate Edition of Miles Morales also includes Marvel’s Spider-Man: Remastered, an updated version of the best Spider-Man game ever

The first-person shooter best played while listening to 11-year-olds dump obscenities into your ear, Call of Duty makes its inevitable jump to the new generation with Black Ops: Cold War. It’s set in the 1980s with scenarios modeled after actual historical scenarios, as you might expect. You’ll play through each of them once and spend the rest of your natural life being shot to death in multiplayer

Again, as you’d expect. Activision has announced that all of the game’s DLC will be free, and I will be very brave by saying that’s a good thing. They’ve also confirmed that they intend to find new ways to monetize the game down the line, and I retract my previous statement. However, critics are certainly enjoying it, heaping praise upon its narrative, its visuals, and what many of them are calling the series’ best zombie mode.

Devil May Cry 5 was a big success among those who wanted Devil May Cry to be good again. It released in 2019 to understandable acclaim, using the engine from Resident Evil 7

Fitting, as that game was also heralded as a return to form. Devil May Cry 5 was lauded for its variety, its art design, and even its narrative, which is saying something for a game about kicking people’s teeth out as spectacularly as possible. The question is, does it offer anything new on the PS5? Actually, yes. In addition to running at 120 frames per second – a huge disappointment as I was really hoping for 126 frames per second – it adds a character, adds several modes, adds environments, and includes all of the DLC from the original release

Critics praised the Special Edition for being the best version of one of the previous generation’s best games. So, yeah, it’s pretty good, I guess.

Known ‘round these parts as “the next eighteen months of Ben Potter’s life,” Demon’s Souls is a welcome remake of the 2009 original that launched a genre. And don’t rush to the comments to tell me I forgot about King’s Field. You never played those games. Nobody played those games! Demon’s Souls was understandably a bit rougher in its design than the subsequent Dark Souls, but that arguably gave it a lot of its own charm and identity

The remaster does its best to remain true to that game’s spirit while still…y’know…fixing it. It adjusts inventory limits, adds a Mirror Mode, enhances the character customization, and its Photo Mode even adds the ability to pause the game, which means we’ll be hearing for years about how that was both the best possible decision and the worst possible decision the developers could have made. The critics adore it, with the lowest score at the time of writing being 90%. Does that mean you will love it, too? Of course not; the Soulsborne games are notoriously stubborn, and it’s quite possible Demon’s Souls won’t be your cup of tea. If you were looking forward to it, though, you could be rest assured that it’s not just a remake done exactly right; it’s the best launch game for your PS5. That brings the average score of the PlayStation 5’s launch lineup to 77.62%. And there you have it, every PlayStation 5 launch game ranked from worst to best. Which game is your favorite? How disappointed were you by Godfall? Do you think Sony or Microsoft had the better launch this time around? You have to choose; that’s how the internet works.