The majority of us cling to life with every ounce of strength we have. After all, it’s tough to think about your own end since we don’t know if death is simply “lights out” or if there is something more. For some unfortunate souls, life’s journey brings them to a place that’s so unbearable that they no longer want to deal with it. There are probably thousands of ways one can kill oneself and a variety of methods have employed for just that purpose. Here are a few that stood out from the crowd. 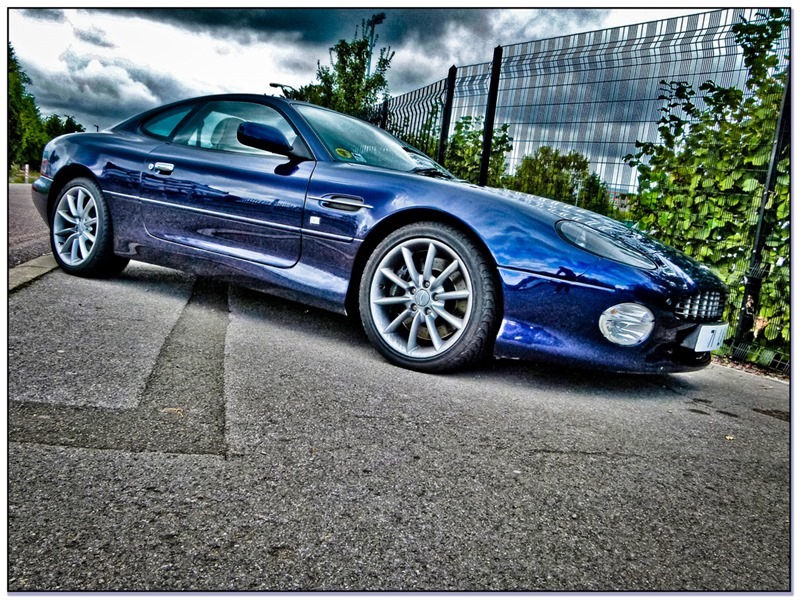 In an elaborate plan to get back at his ex-wife, 54-year-old Gerald Mellin used a tree, a length of rope and his Aston Martin convertible sports car. The well-to-do UK businessman grew increasingly angry after his 33-year-old wife left him, even showing her the rope he planned to use to kill himself. His master plan involved tying one end of the rope around a tree and the other end around his neck. He then got into his car – with the convertible top down for maximum shock value – and sped onto a busy road. Numerous other drivers witnessed his decapitation. Prior to his suicide, Mellin canceled his life insurance policies and ran up an impressive amount of debt.

This one takes us back in time a bit to the year 1930, but it’s a well-deserved look back at this suicide because of the ingenuity demonstrated by the victim. William Kogut had been sentenced to death for murder and was awaiting execution on death row at California’s notorious San Quentin prison. Deciding that he should take his own life to pay for his crime rather than allow the state to do it, Kogut hatched a bizarre plot that actually worked. Taking a hollow steel leg from his bed, he packed it full of torn playing cards. Apparently, an ingredient used to manufacture the cards at that time was quite volatile. He then sealed one end of the crude device with a broom handle, soaked the torn cards by pouring water into the device and set it atop a kerosene heater beside his bed with the open end directed towards his head. When the pipe was heated sufficiently, the device exploded and resulted in his death.

Thinking of various ways one might choose to end it all, being eaten alive by wild animals does not spring immediately to mind. For someone working at a zoo, however, it might seem a bit more obvious. Nordin bin Montong, a 32-year-old employee at the Singapore Zoo, let himself into an enclosure containing three white tigers who pretty much did what you (and Mr. Montong) would expect them to do when someone walks up to them and starts to provoke them by swinging a broom at them. His cause of death was determined to be from neck and bodily injuries. There were reports that he had been acting strangely in days before his death.

Most suicides by firearm are one-and-done jobs. Even if someone does not manage to end their life, a gunshot will usually put someone out of action and unable to carry on with much of anything else. Not so for an unlucky bloke in Australia who used a shotgun (!) to end his life. Propping the gun against his chest, he fired but somehow managed to miss all of his vital organs. Undeterred, the man then placed the gun under his chin and pulled the trigger again. For a second time, he survived and was left with part of his face missing. This determined and tough-as-nails Aussie finally managed to complete the job after he reloaded, laid down and let loose with one final blast to the chest.

5. Lost in The Woods

There aren’t a whole lot of people who attempt suicide with the idea of lingering for a long period before finally giving up the ghost, but that’s exactly what Richard Sumner did in 2002 when he ventured into a forest in Wales and handcuffed himself to a tree. Sounds a bit like someone who may have been expecting someone to join him for some kinky activities but Sumner’s intent was far more serious. He threw the key far enough away to be sure he could not reach it and simply remained. Strangely, Sumner had done the very same thing in 1996 but managed to free himself after four days. It is not known if he changed his mind again in 2002 since only his skeleton was found in 2005, still handcuffed to the tree. Sumner had a history of mental illness and suffered from schizophrenia.

In another very public and quite successful suicide, a 78-year-old man in Paris, France shot himself inside Notre Dame Cathedral during May of 2013. Roughly 1,500 people were inside at the time – many of them tourists – and had to be evacuated by authorities. Dominique Venner was known as a conservative who was unsettled by the way France had been changing, particularly with regard to issues such as immigration and gay marriage. It’s not entirely clear why he chose the cathedral as his venue, but perhaps he thought it might help shorten the trip he anticipated to meet his maker.

British actress Angela Scoular certainly didn’t have an easy time of it – in life or in death. The 65-year old had suffered from anorexia nervosa and depression and was diagnosed with colorectal cancer in 2009. Although she was able to declare victory over her cancer, she didn’t seem able to shake off the fear that it would strike her again. In 2011 she ended her life by drinking drain cleaner and pouring some of it on her body for good measure. It was later learned that she was dealing with financial problems and had become an alcoholic. She was also being treated for bipolar disorder at the time of her death.

8. Asleep at The Switch

Leaving little to chance a 36-year-old builder in Great Britain wanted to ensure that his would be no botched suicide attempt. After spending three months constructing an elaborate guillotine, one might presume that Mr. Boyd Taylor was simply intent on chopping off his own head to end his life, but that would be shortchanging his genius. He rigged a timing device that would activate a saw and cut a block of wood that was instrumental in holding the blade of the grisly device in place. He then positioned his bed under the blade and ingested 12 sleeping pills. Sometime after he laid down, the device worked as planned and beheaded him as he (presumably) slept peacefully. An autopsy determined that it was the guillotine that was responsible for his death.

Hearing that someone had contemplated suicide numerous times before actually doing it is fairly common, although one man appears to have thoroughly researched his decision before shooting himself on the steps of Harvard University’s Memorial Church in Cambridge, Massachusetts. Thirty-five-year-old Mitchell Heisman wrote a 1,904-page suicide note which he posted on the internet and e-mailed to friends. The note touched on varying subjects from religion to the Holocaust, and was even described as “often humorous”. Heisman’s meticulously-planned suicide also involved dressing himself all in white according to Jewish tradition and taking his life on the morning of Yom Kippur. Ironically, Heisman had a bachelor’s in psychology.

Pennsylvania State Treasurer R. Budd Dwyer’s life was coming apart at the seams in 1987 he was convicted of bribery. With the possibility of spending decades in prison and being fined $300,000, Dwyer decided on his own exit plan, which he carried out during a television news conference. To the horror of the onlookers, Dwyer produced a .357 Magnum revolver and urged anyone who would be disturbed by his actions to leave the room. As others in the room shouted “No. No. No.” Dwyer quickly placed the gun in his mouth and pulled the trigger. His suicide was broadcast live to the viewing audience before anyone could interrupt the transmission.