Those arachnid spiders – with their eight hairy legs, poison-tipped fangs, and silk-spinning ways – are considered to be the stuff of nightmares and horror movies.

The main diet of spiders is insects, although there are some larger spiders that enjoy eating lizards, birds, and even small mammals. Washington Post reporter Christopher Ingraham decided to consider something quite disturbing; how many humans would spiders eat if we were their primary food?

The total sum weight of the food eaten by spiders in one year is, amazingly, more than the weight of every human being combined; citing a study from 2012 estimating that every adult on Earth weighs an estimated total of 287 million tons.

Ingraham says that even if you were to include 70 million more tons to account for children, it still wouldn’t equal how much spiders eat in a year, which is still more than the total weight of humanity combined. 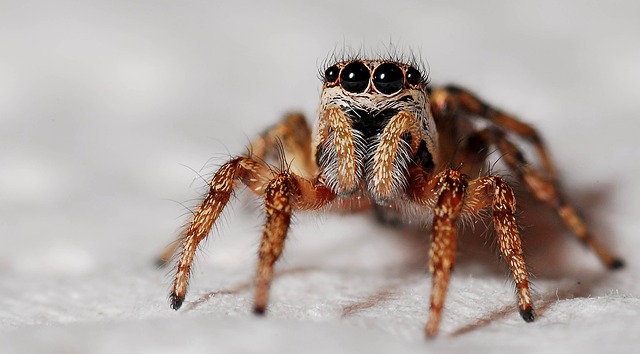 The disturbing conclusion – that sounds like something straight out of a horror movie – is that spiders could eat every single human being within a year; and still not be full.

It’s not like you’d have anywhere to hide from the human-munching spiders either. According to scientists, there are over 45,000 spider species with diverse lifestyles and behaviors. Some of these spiders can travel up to 30km in just one day. There is likely no terrestrial area on Earth that doesn’t have some species of spider.

As long as we’re talking about spiders eating humans and humans eating spiders, now would be a good time to mention that the myth of humans eating eight spiders a year in their sleep is just that – a myth. Former president of the American Arachnological Society Bill Shear told Scientific American that spiders aren’t interested in humans. We’re just so big to them that we are part of the landscape around them.

Given the calculations we just discovered, we have to say we’re grateful about that!

Hands up who else is afraid of spiders!?