Not a single one of us can survive very long without water. Most of us could last weeks without food, but death comes within a matter of days without water. Fortunately for most of us, we have easy access to clean drinking water, but did you know that even in developed countries, there are areas where drinking water is dangerous due to contaminants? Even though it is extremely rare, there are cases where mistakes are made that can contaminate public water supplies. There are also millions of people who get their drinking water from private wells and other natural sources, and those sources can also be contaminated by any number of means, including industrial waste, pesticides, and other agricultural sources, landfills, and even naturally-occurring bacteria. Drinking water should be tested regularly regardless of the source. The following are some of the most common ways drinking water can be contaminated and could be hazardous to the health of the people drinking it. 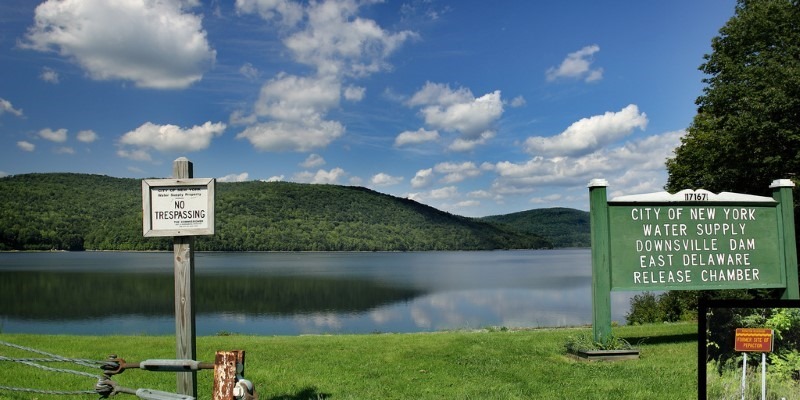 This is a bacteria that has a history of sickening people after it has contaminated public water supplies. It is found in the excrement of both humans and animals, so it’s a very common organism. Symptoms of infection include abdominal cramps, vomiting, and diarrhea. It can be particularly dangerous for the very young, the elderly, and those with compromised immune systems.

This is the bacteria that is the cause of Legionnaire’s Disease. It is also found in waste from both animals and humans and is often found naturally in lakes, rivers, and streams. It tends to multiply in standing water, like the water that can accumulate in cooling systems. Legionnaire’s Disease has a lot in common with pneumonia, and it can be deadly, particularly for the elderly, and people with weakened immune systems.

This potentially harmful chemical compound that is a by-product of the process that is used to disinfect water to make it safe for drinking. Bromate in drinking water has been linked to an increased risk of cancer.

Arsenic is particularly insidious since it is found naturally in the ground, and can contaminate water supplies like wells and other freshwater sources. Arsenic can also make its way into drinking water as a result of human activity such as farming and industrial production. Even if levels of arsenic in drinking water are not sufficient to cause immediate symptoms, long-term exposure to smaller concentrations can lead to serious health problems such as circulatory disease, skin damage and increased cancer risk.

This is a prime example of why everyone should have their drinking water tested regularly. We might normally think of copper as a mineral that will not harm us. After all, many of the pipes that are used to transport our drinking water are made of copper. While short-term exposure to excessive levels of copper is likely to cause gastrointestinal problems, long-term exposure can be far more serious, and cause kidney or liver damage. Copper can enter drinking water supplies from natural sources in the environment, or from corrosion of pipes that are used to transport water.

This contaminant certainly sounds like something you would not want anywhere near your drinking supply, and that conclusion would be exactly right. Benzene is a man-made chemical that can pollute water supplies by leaking from gas storage tanks, landfills, and industrial sites. Benzene is known to raise the risk for anemia and other blood disorders and has also been linked to an increased risk of cancer.

This is described in the scientific literature as a protozoan parasite and is surely something you don’t want to find in your water supply. Like other contaminants, Giardia lamblia is found in the waste from both animals and humans. Drinking from a water supply contaminated with Giardia lamblia can cause gastrointestinal problems like diarrhea, abdominal cramps, and vomiting.

As the name suggests, chlorate often ends up in drinking water as a by-product of the process used to clean drinking water for human consumption. Public water supplies often get their water from rivers or lakes, and it must be processed in water treatment facilities in order to eliminate harmful bacteria and remove other contaminants. Chlorate can increase the risk for anemia, and also increase the risk for nervous system disorders in infants and children.

Classified as heavy metal, and it is used to manufacture batteries and other industrial products. It can be extremely dangerous when found in drinking water supplies. It is likely to cause kidney damage when present in sufficient concentrations. The most common ways cadmium enters a water supply is through discharge from metal refineries, runoff from discarded batteries, corrosion of galvanized pipes, and even from natural deposits found in the environment.

There is a tremendous amount of controversy around the issue of fluoride that is often added to public drinking water supplies with the intention of promoting healthy teeth, particularly for children. Many people believe it is a poison which humans should not be exposed to at all. In high concentrations, it is known to increase the risk of bone disease. In addition to it being intentionally added to water supplies, fluoride can also find its way into drinking water through discharge from fertilizer factories, aluminum production, and even from erosion of naturally-occurring deposits.